Bunda District Council is one of the Local Government Authorities established in 1984 under District Authority as the provision of section 8 and 9 of 1982 with effect of the first day of January, 1984

Bunda Town, a small town 70 km south of Musoma and west of the Serengeti National Park, serves as the district’s capital. According to the 2012 Tanzania National Census, the population of Bunda District was 335,061.

Job Opportunities at Bunda District Council in Cooperation with AMREF , September 2021 , please read the details below. 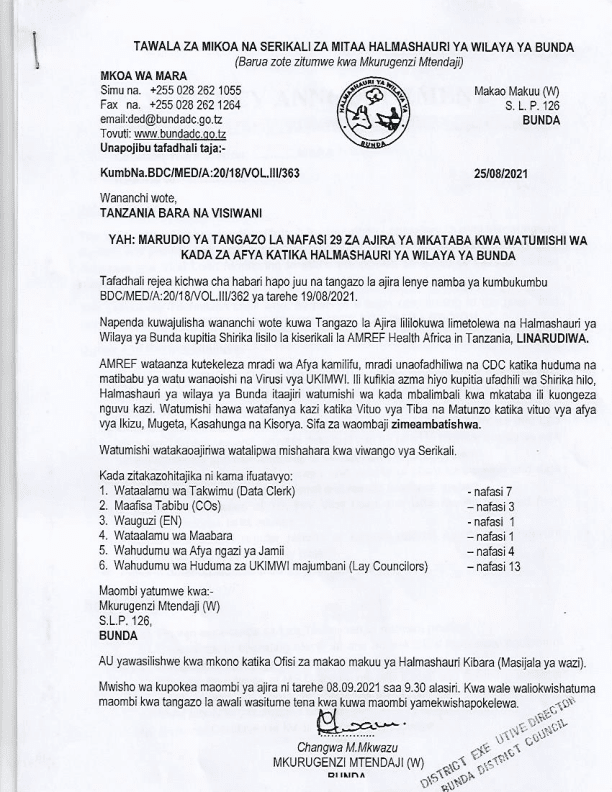 The deadline for submitting the application is 8th September 2021, 3:30 PM