DSTV Decoder Prices in Tanzania 2021: Expect the mention of DSTV while you’re in the middle of a debate about cable TVs in Tanzania for all the correct reasons.

From the time Multichoice was founded in 1993 to the time they came into the Tanzanian market in 2000s, and during the periods they reigned and positively transformed the face of cable TV in the country, it has always been clear that DSTV is here to stay.

When it comes to excellent channels, entertainment, and information, DSTV has it all, and then some.

DTSV was not the first cable television station in Tanzania, nor will it be the last, but the brand has created a legacy that will last a lifetime.
The visual quality, the vast choice of channels, the exposure to world events, and a slew of other wonderful features combine to make this one of the best cable TVs, and maybe the widest in Africa. 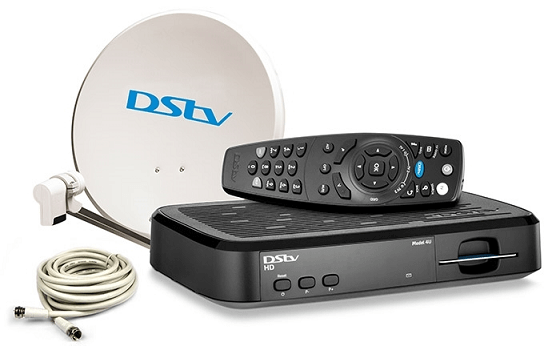 In this piece, we’ll look at how much different DSTV Decoders cost on the market. We’ll also look at the various plans offered on the site and how much they cost.

Prices of DSTV decoders in Tanzania

DSTV is perhaps the most popular cable television service in Tanzania. You may anticipate them to be among the finest in the country due to their high-quality channels, beautiful subscription options, and generally stable signal.

They are offered in a variety of plans and at various costs. The main distinction between these plans is the amount of channels available.

It should be noted that pricing variations are caused by a number of factors, including the location and time of purchase, the kind of decoder, and other relevant considerations. It should also be mentioned that the installation fee often ranges between Tsh. 20,000 and Tsh. 50,000.

The installation of DSTV is one of its drawbacks. It is typically necessary to hire a professional to place the dish in such a way that it faces where the signal is strongest.

DSTV Packages and Prices in Tanzania 2021

Now that we know how much DSTV decoders cost, we must evaluate the various packages and plans offered on the site. The DSTV subscription has been made flexible in order to suit people of all different backgrounds. Consider the many DSTV bundles available.

The price for one month of DStv Poa in Tanzania is TZS 9,900 It has 40+ channels. The DStv Poa package plan is the cheapest that’s available to subscribers which costs TZS 9,900.

It is suitable for students or the elderly who are only interested in listening to local news on Channels television or seeing the latest music videos on sound city.

This plan is an entry-level plan and as such missing many premium DStv channels. Its selling point is local news, Nat Geo Wild, minor entertainment, religion, music videos. With this DSTV Package you’ll be able to watch some of EPL matches, La liga and Serie A.

With just TZS 21,900, viewers have access to over 80+ top notch local and international channels. The price for one month of DStv Access in Tanzania is TZS 21,900. It has 118 channels.

The DStv Access Package is the introductory package to the DStv family, designed to offer choice and value for money. DStv Access introduces an exciting viewing experience with a variety of channels from Movies & Entertainment, News & Commerce to Culture Religion and Lifestyle.

This is the next grade after the DSTV access package. This package is basically designed with the family in mind. This package gives you access to over 55 local and international channels which includes CNN, BBC, African Magic (English), Euro News, ESPN classic, Mnet series, Cartoon Network and so on.

It also includes all the channels available for Access and Poa Packages. The package also gives you access to all the 24 audio services available on the network. The audio channels include popular radio channels like Voice of America, Wasafi FM, Ray Power, and so on.

The price for one month of DStv Compact in Tanzania is TZS 51,000. It has 130+ channels. The Compact package gives viewers access to all the channels available on DSTV Family package plus additional sport channels.

This package is particularly suiting for sport lovers. The package gives viewers access to over 60 local and international channels including BBC World, MNET Action, ESPN Sport, SuperSport 10, Sony Entertainment and so on. It should be noted that this package is also not available on HD decoders.

The price for one month of DStv Compact Plus in Tanzania is TZS 93,000. It has 140+ channels. There is just a slight different between DSTV Compact and Compact Plus, but definitely not in price.

Compact Plus offers more channels, most of which are sports channels. It includes SuperSports 7 and 10. Subscribers to this package will be able to watch most of the English Premier league games as well as other live sports like the French League, Bundesliga, Spanish La Liga as well as rugby, golf, tennis, athletics, boxing and motorsport.

DStv Premium combines the best entertainment from around the globe with groundbreaking technology to provide a truly premium viewing experience. DStv Premium prides itself on offering the widest variety of on-screen entertainment in Africa. With more than 100 world-class television channels and 30 CD-quality audio channels on the menu you’ll have all the live sport coverage latest news top documentaries non-stop movies series kids’ programming.