The name Musoma comes from the word Omusoma which means, a spit. The name refers to Musoma’s many spits pointing into the surrounding Lake Victoria.

Among the current resident ethnic groups of Mara, the site that later developed into the town of Musoma was first settled by the Kurya subtribe of Abhakabhwa, commonly called Wakabwa.

They also gave the name to the location. Hence, Musoma originates from the Kabwa word ‘Omusoma’, which actually means a piece of land that protrudes into the Lake, essentially, a peninsula. All the kingdoms in Mara, which are actually sub-kingdoms of people with a common ancestry use the word ‘Omusoma’ (for the Wakabwa, as well as the Wajita and the closely related sub tribes of Wakwaya, Waruri, Wakara, and Wakerewe) and ‘Omosoma’ (for the many Kurianic sub-tribes such as Abhakerobha – commonly called Wakiroba; Wasimbiti, Wakenye, nk.).

To provide adequate social economic services in order to raise living standard of its people through quality delivery of services that address their social and economic needs using resources efficiently and involve them on the basis of good governance. 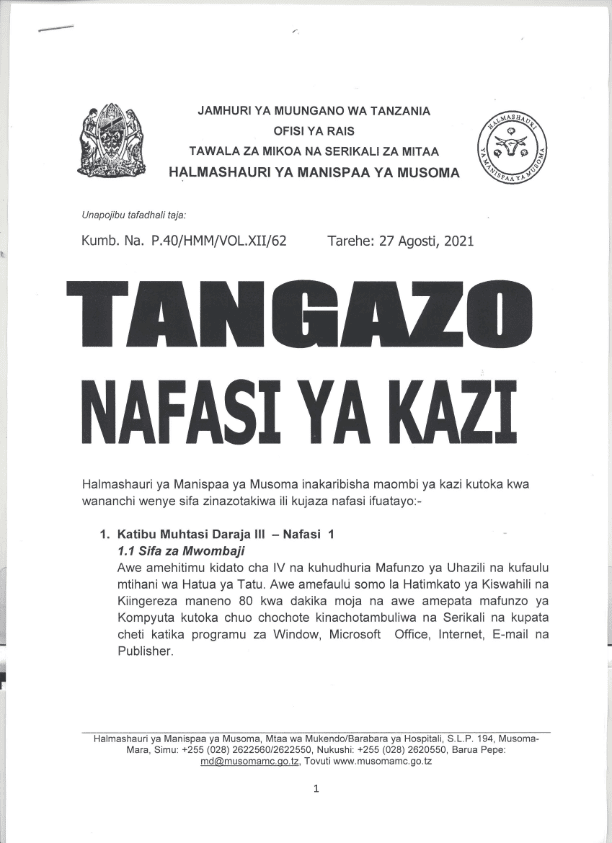 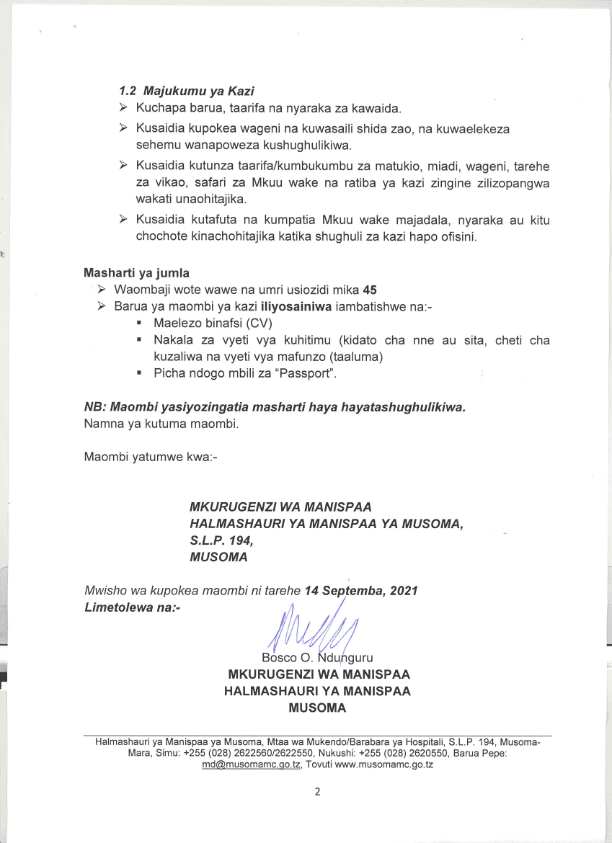 The deadline for submitting the application is 14th September 2021 .